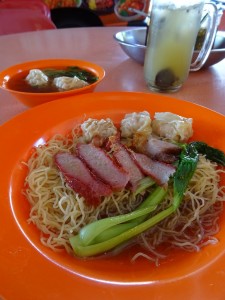 Hey. I’m struggling to believe I moved to Singapore 17 years ago, and that realisation sent me on a little meander down a culinary memory lane recently.

When I first rocked up I could not believe the food, mainly because it was so cheap and delicious. There I was eating hawker meals every day, because it was cheaper than attempting to cook the same thing at home myself (there should be a warning sign in that), and after a couple of months I weighed myself and discovered I’d stacked on nearly 10kg! How did that happen?

Well, obviously when you’re cutting costs, as hawkers are forced to do – Singaporeans may pay through the nose for fancy foreign food, but they complain bitterly when their favourite local dish goes up in price – then something’s got to give, and the first thing will be the quality of the ingredients.

It doesn’t help that I gravitate to the most calorific meals in existence. A rich, coconut-creamy laksa? My mouth is watering just contemplating it, but it’s probably in the region of 800 calories, and with precious little nutritional value either.

Even when I tried to eat healthy, my complete ignorance of how things were cooked led me astray. How could I put on weight eating Hainanese chicken rice? It’s just chicken and rice after all. Except the rice is cooked using the chicken fat. No wonder it’s so delicious.

Anyway, with a plan to go to the gym every day, I figured I could revisit some favourites.

The first was a chicken rice in a downtown shopping mall. The ambiance was crap, but the price was reflective of that. I went the whole hog and spent $6 on a set, which meant I got some vegetable and a soup as well. The soup was basically a shallot and chicken broth, so nothing special. I’ve had a peanut soup before, which sounds odd, but tastes better than you think.

The chicken was chopped with the bones in – not my favourite – but the garlicy chilli sauce was just perfect, and the rice rich and obviously fatty. Not the best chicken rice ever, but for $6 I’m not complaining. It would have cost me $4 all those years ago.

The next day I was in the ‘burbs near Upper Thompson Road (sight of the Singapore Grand Prix back in the day – I wish I was around to see that before it was canned in the 1970s), and stopped for a wanton mee (pictured above). I got upsold and ordered some soup with bigger dumplings in it too. The main dish was a bit light-on for the roasted pork, but the noodles seemed fresh enough. Plus there’s that lovely sambal belachan – chilli cooked with shrimp paste – to add some salty/fishy spice. Hmmmm. 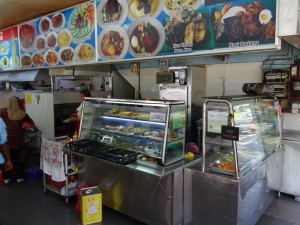 Moving yet further into the wilds seldom seen by tourists, the next day I stopped at an eating house in Sembawang for some Malay food. I love this place, actually. It’s run by a bunch of nice older ladies who seem to actually enjoy what they do, and it shows in their food. A plate of rice with sambal chicken, fried bean sprouts, a fried egg and some peanuts with ikan bilis (teensy little dried fish) on the side. Delicious, and again, somewhere around $6.

Another day saw me in an outer suburban shopping mall, braving the early lunch hour (everybody eats at 12:30!). I had a char kway teow, which is a flat rice noodle dish with prawns, fat, cockles, fat, bean sprouts, fat, dark soy sauce, fat, egg, and some other secret ingredients, possibly including fat.

Bizarrely, some locals arrived and ordered the dish at the same time, and had theirs cooked first because – get this – they didn’t want spice! Weird. It was delicious, but I suspect it may have been fattening. I don’t know what makes me say that. And I reckon $4 doesn’t buy you any ingredients with nutritional value, either. Certainly green vegetables were conspicuous in their absence. Good for a hangover though.

Finally I went to Poison Ivy, which is on an organic farm – one of about one in Singapore – and had a curry. Okay, it’s more expensive than hawker food, but I did get vegetables, which is rare, and they were grown locally too, or so they claim. All for $20 with lime juice and coffee.

Now, I didn’t manage to hit some of my other favourites – Indian served on banana leaf at Samy’s for instance, or sambal sting ray, or chilli crab, or laksa, or bak kuh teh, or nasi lemak. But I need to spend at least a year on an exercise bike first.

Maybe that’s the list for 2015. That and a heart transplant. 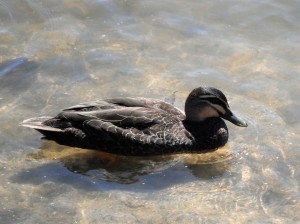 Hey, “The leading independent guide to what’s on in Singapore” recently launched a mobile app. Having never heard of City Nomads I thought I’d check out its website, and chose a restaurant review at random, just to see what it’s all about.

Wading past the usual lifestyle writer’s clichés – Sabai Fine Thai on the Bay is, of course, ‘nestled’ in its location. Nestled being the only way a lifestyle writer can describe a physical location. ‘Nestled in verdant greenery’ is a personal favourite and overused phrase, as though greenery is any other colour.

There was a mention of ‘pleasing verdant foliage’ in another randomly-selected review on the site, so I’m saying they’ve got all the boxes checked. Then again, another food blogger went the whole hog with ‘nestled among lush greenery’ for his review of the same place, and yet another went with ‘soaked in quiet greenery’. I’m assuming he took a wetsuit.

But back to the Thai restaurant. Apparently the chicken wings were ‘joyful’, which would seem odd given they’d been hacked off a chicken and subsequently stuffed and fried.

But the one that really hit a nerve was this: The ‘duck red curry’ came in a ‘light red curry sauce containing lychees, an unusual but brilliant addition.’

Lychees in gaeng phed ped yaang are an ‘unusual’ addition? Oh come on: 90 percent of the red duck curries I’ve ordered have had lychees in them. 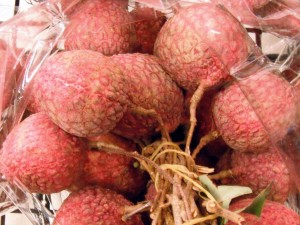 I’m an old fart I know, but this sort of uninformed opinion masquerading as knowledge really pisses me off.

If you’re going to make a statement of fact, maybe you should try to ensure it is actually factual. Ever heard of Google? It is a place to start, though may well lead you to other similarly uninformed opinions on the Web.

Now I know I’m picking on City Nomads unfairly, it’s not as though they’re the only amateurs in the field.

It is possible to write with some humility and informatively when you’re new to something, but in most cases  you want reviewers who have some experience in the field about which they write.

This is problematic in the lifestyle media for reasons made clear on City Nomad’s website in a job advertisement. You too could join the City Nomads team as editor, the gatekeeper for all the opinion and facts (along with the spelling and grammar) that warrant publishing, and earn a grand sum of S$3-4k a month for your trouble. That’s US$2.4-3.2k.

Stop and think about that for a moment.

Unless you’re living at home with mummy and daddy (a distinct possibility in the world’s most expensive city) and they’re picking up all your bills, that’s not going to leave a lot of spare cash for dining out at anything other than hawker centres. So where, other than hosted media tastings, are you going to get the experience you should have in order to do the job properly?

I’ve long maintained that to write about lifestyle it helps to actually have a lifestyle, but frankly most publishers don’t see it that way, choosing instead to exploit juniors who perceive the business as glamourous and are willing to accept inequitable wages as a result.

If you’ve ever wondered why reviews in the so-called lifestyle media tend to be as gushing, and as adjective- and superlative-laden as the marketing materials from which they are so often cut and pasted, or why they’re so often ill-informed and undiscerning, then wonder no more.

Do we deserve better? I’m not so sure we do, given our penchant for consuming our media for free on the Web. Maybe the old model where experts were paid a proper living wage to write reviews and we paid for the privilege of reading them was better?

Anyway, now I’m done venting my spleen, last night’s dinner was based of a recipe  in an old Donna Hay magazine. Thai herbs, duck, home-made chilli jam, and fresh lychees. They were an unusual, but brilliant addition.