I know. It really should be World Gin Day every day. 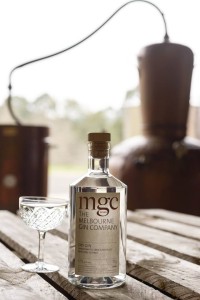 Sounds like Portugal and Spain were pretty special. Breakfast beer snacks? I think you’re onto something. But I think they should stick to their beer and maybe wine. Gin & Tonics in Spain? Maybe it’s better than some of the overpriced, rather simple versions you are subject to in SE Asia?

Winter is upon us, but we live in constant fear of those pesky (possibly) disease carrying mossies. Luckily there haven’t been any reported cases of malaria in some time, but I put that down to herd immunity. My efforts alone should be enough to protect vast swathes of the community. It’s my little bit for the greater good.

There has been a surge in the interest in gin here. So much so I would put some of the local gins up against most any others. My personal favourite is from Yarra Valley, Four Pillars (www.fourpillarsgin.com.au), though the newer Melbourne Gin Company (www.melbournegincompany.com) from right here is also more than acceptable. While the “standard” fare have beautifully balanced botanicals, the Four Pillars Barrel Aged has a little vanilla toastiness that makes it perfectly fine to sip over some ice…no tonic needed. 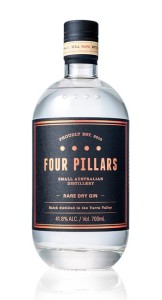 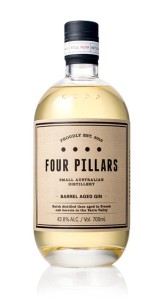 I was lucky enough to be treated to some very special gin from Scotland the other day courtesy of Alex & Amanda. Sipped over some ice, the Caorunn packed a juniper punch that almost gave you “cat’s bum” perse. Smooth as a well-worn…sporran! The NB was a little rougher around the edges. Good, but not as good. 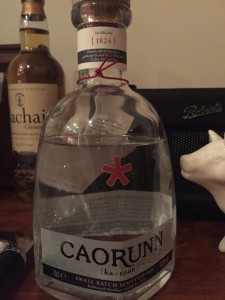 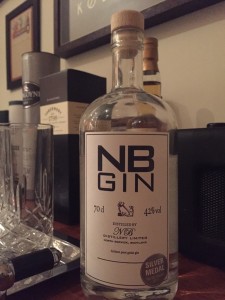 So much for the gin. Let’s get to the tonic. No, I don’t mean overpriced, genuine imitation quinine and sugar filled soda water. I mean the real McCoy! Tonic syrups have been a revelation for me over the last 12 months. They all have their own quirks, it’s worth having a few in the fridge ready to go. 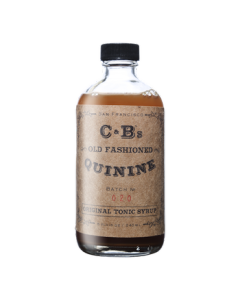 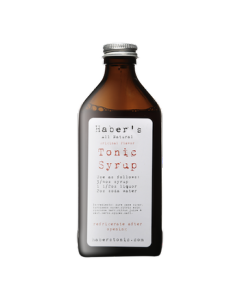 Made with actual quinine, a bunch of botanicals and unrefined sugars, these things pack a healthy bitter punch. Want more bite, merely add a dash more. Oh, having a Soda Stream or the like is ideal. Then there isn’t even a need to buy soda water for the spritz.

What I find strange is that many of these are made in the US. Not somewhere I normally associate with G&T’s. 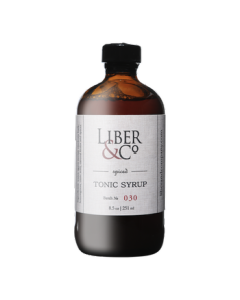 My favourite syrup at the moment is C & B’s. My preference is a 1:4:1 mix with soda water and gin.

Only Bitters in Melbourne (www.onlybitters.com) carries a pretty good range.

It’s a cool day today and I’ve picked up some awful lurgy on public transport, so I am forced to be a philistine and not have a gin. I feel bad not being able to celebrate gin on this auspicious day.

Need to keep moving. Slow braised beef is nearly ready to put a pastry top on it and throw it back in the oven. Might even light a fire tonight…to keep the mossies away of course. 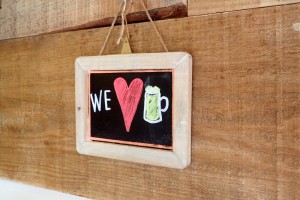 Of course we do

Beer snacks you say? After two weeks in Portugal and Spain I think I can say these guys have a handle on beer snacks – especially the Spanish.

Okay, there’s some cheating here – tapas goes with beer just as well as with wine, and eating tapas (or pintxos, the tapas on a spike usually served on bread) is something of a national sport.

There are a few ‘standard’ items on a tapas menu like olives, anchovies, and calamari that are obviously good beer snacks, though hardly only available in Spain. The fact that it’s available on every corner means they do it with good ingredients though. 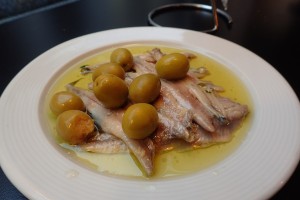 Oh, and beer – well, the available almost everywhere on tap local Estrella Damm or (why is this everywhere?) Heineken – is cheap at somewhere between 1.30 and 1.50 Euros a glass. I must say I don’t mind the Estrella for a mass-produced beer. It’s a pilsner, so pretty easy drinking, and has a very fine, creamy head. Apparently the bottled stuff is nowhere near as good.

Also what’s interesting is that the whole microbrewery thing doesn’t seem so big here. One reason may be the pricing – when the majors are so cheap, competing is not going to be easy. That said, I did find a few nice, hoppy ales – Espiga Garage IPA and a Cervesa del Montseny – in a hipster bar in central Barcelona called B-Rita. 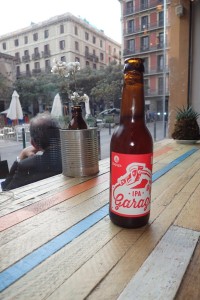 What is hot right now – hotter than Hansel in Zoolander – is gin and tonic. Traditionally the Spanish make it in a large goblet full of ice, which makes for nicer presentation than the usual tumbler. The bar at the Hotel Urban in Madrid had literally pages of gins and tonics from which to choose, though at around 15 Euros I can see why they’re keener on serving these than beers.

At Carmelitas in Barcelona, the G&T selection was more limited, but at 7.50 Euros better value – and the bartender had a very heavy pouring hand.

But back to the beer snacks.

Jamon is like a religion in Spain, and when you get the proper jamon Iberico belotta (made from black Iberian pigs fed on acorns), resistance is useless. I’m a convert. It was on my breakfast plate, almost always a component of lunch, and on the pre-dinner tapas menu too. 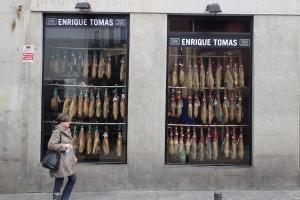 Do you have any jamon? Just another store in Madrid

Some Spanish friends tell me that their vegetarian friends eat the stuff. It is that good. With its strong flavour and saltiness, it is the perfect beer snack.

But deep fried – anything deep fried – is almost always something that goes with beer, and croquettes are the ultimate. 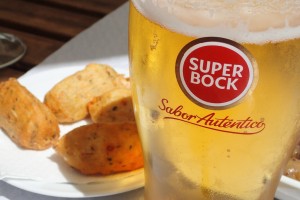 You get croquettes in different flavours, and bacalao, or salt cod, is pretty common. I had some in Portugal – though these were made with potato, rather than béchamel, which is the preferred Spanish method. The former were a bit dry and chewy, whereas the latter almost always yields a hot, creamy, salty, fishy mouthful. I’m hungry just thinking about it. 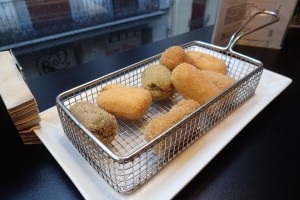 Forget the flavoured croquets; I’ll have the jamon

But when croquetas are made with jamon, that’s a combination made in heaven. The ultimate beer snack? I think so.