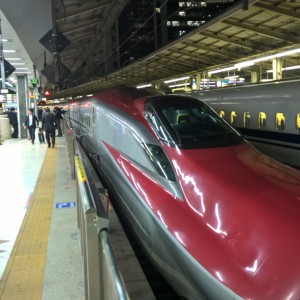 Am currently sitting on an Asama 625 super-express Shinkanzen (bullet train) from Tokyo to Nagano. I’ve never been on one before, but can highly recommended it. Smooth is an understatement. All the while cruising at a lazy 325km/h. This is one of the older, slower trains. As you would understand, the red Shinkanzen is the really fast one.

We’ve just finished our stint in Tokyo. Off to the snow for some downtime.

Tokyo really did turn it on for us. Not only did we get thoroughly spoilt by our local friends, but we also happened to arrive just before cherry blossoms. There is a reason the Japanese celebrate this so passionately. While we had the pleasure of sharing the cherry blossoms with a few others in Ueno, we unfortunately missed the spectacle that is the Imperial Gardens. Next time perhaps. 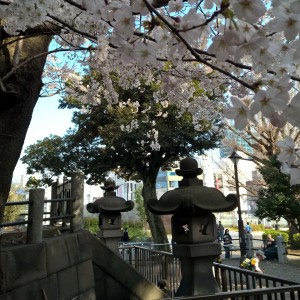 Our food adventures continue, with breakfast being the only thing to disappoint. I just don’t get the infatuation with the worst that the US can offer. Bad, and I mean bad, coffee matched with an ultra-sweet donut. Try as we may, the best we got was a bakery for a croissant or one better, an almond croissant. Nice, but just not breakfast. 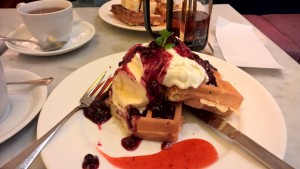 Dining at railway stations is a Japanese pastime. You wouldn’t do it in Australia, maybe Thailand? The choice of food types and quality on offer at Japanese railway stations is extra-ordinary. Cheap, fast, and chock full of stuff. Much of it I wasn’t able to identify, but it tasted damned fine.

Ok, on downside. I don’t get the Japanese fixation with smoking. You cant do it on the street, so they do it in restaurants instead. I’ve never wolfed down a bowl of piping hot udon as fast as when the table next to us lit up. Sometimes you find a restaurant with a smoking section. This is often neatly divided from non-smoking by a bamboo blind (or similar). I’m going to go out on a limb and say that it is simply shit at keeping smoke out.

Speaking of hungry. I’ve been told there is a snack trolley on the train. Yeah, no sign of that happening. Might put this on hold and explore the train a little. 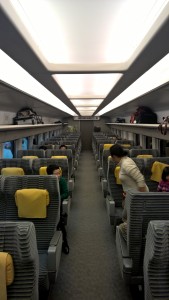 Back. Hungry, bordering on hangry (hungry angry). The people across from us had a picnic they bought on the station platform. Smells great.

Ok, quick snack in Nagano station from 7-Eleven. They have sushi fresh daily and often find Japanese grabbing their lunch from 7-Eleven, Lawson or Family Mart. Don’t knock it until you’ve tried it. It actually works quite well.

An hour in a taxi to Hakuba, because we were too late for bus. Hakuba is a hot little snow town. We are staying in Happo One (pronounced “on-e”). Unfortunately it is very late in the season and a lot of bars and restaurants are closed. Despite that, we found and onsen in our hotel and there are a multitude of restaurants on the mountain where you can get ramen, katsu (fried pork fillet), ramen, curry, fried chicken, ramen, pasta or ramen. While a good katsu-don (fried pork fillet with egg on a bowl of rice) or katsu-curry (you get the picture), the ramen is often the way to go. Salty stock flavoured with miso or soy, some noodles, bamboo shoots, spring onions, seaweed and an egg, with optional slice of roast pork, tempura or similar. $6-10/bowl and you are good for the afternoon, even with some skis strapped on and lots of vertical feet to cover. Did I mention it is good washed down with an icy cold Kirin or Sapporo? If you are lucky they might even have some Suntory Malted, which is just that little bit more special than the standard lager. 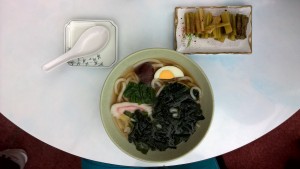 Breakfast continues to disappoint us. Miso soup and trimmings is nice from time to time, but the Japanese appear to have determined that the US has the best breakfast offerings going. Sure, a stack of French toast with fresh fruit and maple syrup, with a side of crispy bacon is a nice treat, but even that is hard to find. Pale, limp bacon, scrambled “eggs” (not sure they are made from egg), pan fried potatoes and plump little pork sausages. Ok the sausages are good, but I can’t only have those.

We are off shortly to Japanese BBQ. It’s derived from Korean BBQ, but with some Japanese flare. Perhaps I should say “Japanese improvement”? I don’t want to be unfair to Koreans. We are planning a trip to Seoul next year and I am excited about that visit.

We’ve got another day here before Tokyo and home. Still plenty of time to eat. 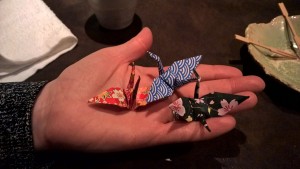 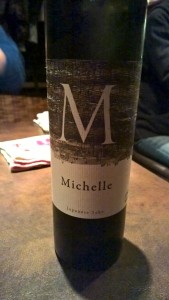 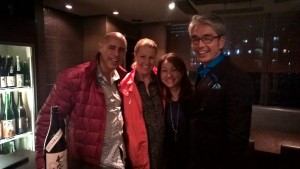 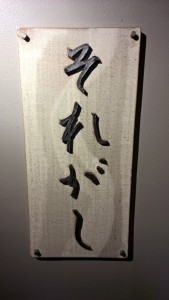 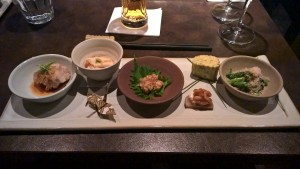 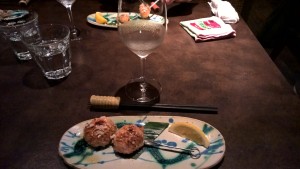 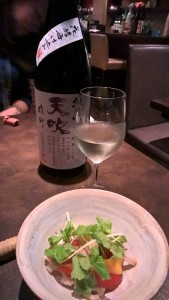 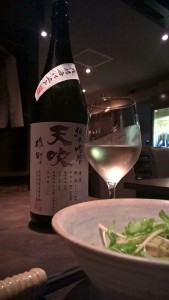 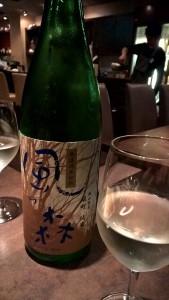 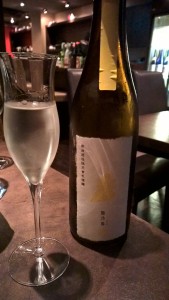