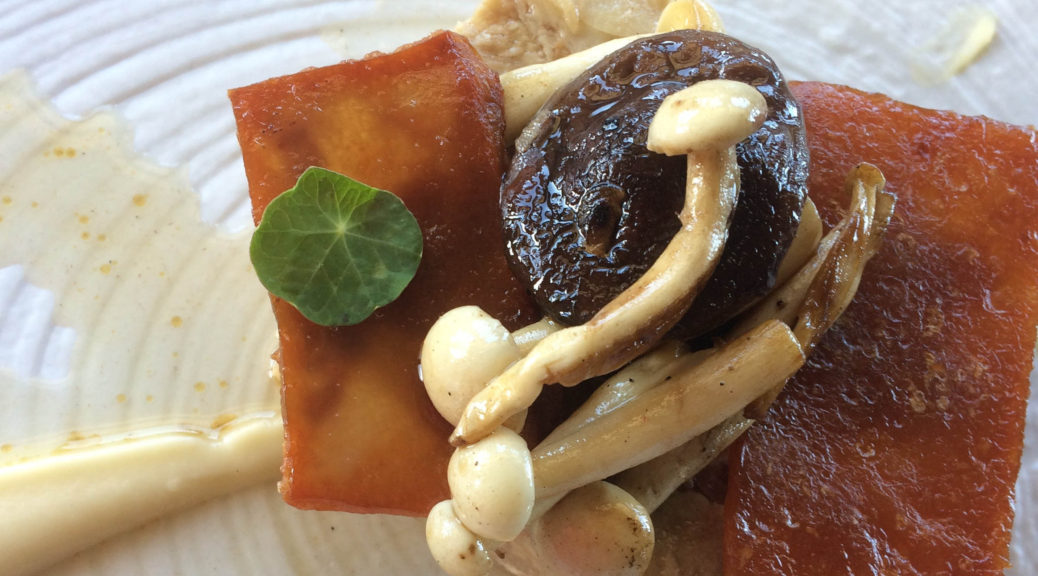 For my sins – and they must have been pretty big sins – my better half has taken to watching Masterchef of late. Yep. We’re inflicted with Australian Masterchef here in Thailand too. (Apparently it’s one of India’s highest-rating shows as well, so if a contestant of Indian heritage manages to stay on the island longer than he deserves…well, there’s your answer).

Anyway, yesterday’s challenge was to bake a cake. Not just any cake. But a cake of absurd dimensions, and one wearing one of Carmen Miranda’s hats on top too, the task of replicating which the contestants were given 4.5 hours to complete.

Apparently the bloke with the beard who is the mastermind behind said cake is some sort of legend in Australia. But as I don’t live there, I don’t give a toss. Arguably the same would be true if I did live there.

The cake – which seemed to be roughly the proportions of a standard bucket – looked pretty enough to be honest. But then they decided to cut it. And of course that was easier said than done with a 50cm-high cylinder of cake – they had to take a knife the size of a sword and slice away at its edges, then divide it up so everybody could have a taste of every one of the different-flavoured layers (of which there seemed to be half a dozen or so) and then scrape some of the décor off the top. End result? A plate of mush. Nice.

Now it’s not that there weren’t some nice-sounding elements to the cake, but I did wonder why we needed the kitchen-sink approach.

It struck me – as does Masterchef in general – that everything that is wrong with the current restaurant trade is being celebrated here.

Taste is rather a difficult concept to communicate via television, so in its stead we get visual presentation. Masterchef is merely a moving-picture version of Instagram, albeit with absurdly concocted and highly repetitive ‘drama’ to keep us watching.

While I’m perfectly happy to avoid drama in a restaurant, I am getting a bit tired of prettily-presented plates without any substance. You know, those minor culinary concerns like aromas and flavours.

Don’t get me wrong. Presentation is important – it is that first impression that can be hard to shake. It’s why you wear a tie to the office, rather than a tutu.

But here’s the thing: It isn’t the tie that does the job. If the bloke in the tutu is the best at what he does, and the guy in the tie is completely incompetent then eventually that’s what is going to be remembered.

And that, thanks to Masterchef and Instagram, is what we’re getting these days – we’re getting the guy in the tie/the girl in the pretty dress – but then when we taste the food, too often we realize that he’s a dope and she’s brainless.

There’s no substance there.

Let’s try to put the cameras away, and remember that flavours are important too, and maybe, just maybe, the whole industry won’t disappear up its own backside – a direction is seems to be racing, headlong.