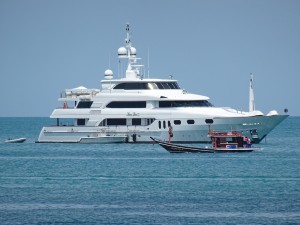 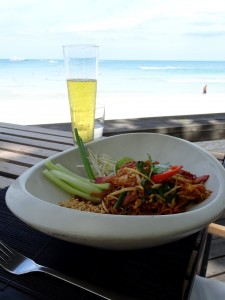 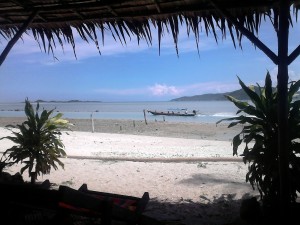 Russian River does sound interesting. Funny you mention The French Laundry though. I’m not sure why you’d bother going, because it only ranks 44th in the World’s Best 50 Restaurants list released this week. I’m betting you’ve remortgaged the house and been on hold to Copenhagen for 48 hours, trying to get a table at Noma some time in 2017 instead.

Having never eaten there, I’m happy to give Noma the benefit of the doubt on the food front, but slapping a ‘world’s best’ label on something like a restaurant is as futile as ranking art – ‘and once again for 2014 the Mona Lisa takes the top prize, though that Da Vinci bloke had better get a bit more avant-garde if he wants to retain the title next year.’ Bollocks.

They’re comparing apples with oranges (with mangoes, durians and grapes too – though grapes win hands-down, because at least you can turn them into wine), and despite the claim that more than 900 industry experts are involved in the voting there are obviously biases involved. Plus, 900 experts sounds a lot like a committee to me, and you know what committees produce.

Still, there are some interesting things to note. Such as 36 of the 50 best being in Europe. That’s right, a mere six in Asia – the world’s most populous continent (though I have two within walking distance. Should I count myself lucky?). There are five for all of Central and South America, and a mere one each for Australia and South Africa.

Okay, so the judges have a thing for Europe, and Spain in particular. I get the Spain thing – I did a trip there a few years back organised by the Spanish tourism people, and the food was incredible. But only one in Australia? Then again, the ranked restaurants all tend to do the expensive degustation menu thing, so that narrows the field.

As a marketing tool this works. You’d push to be on the list too if it meant a waiting list to get a reservation at your restaurant. I met one of the chefs on this year’s list a few years back, and he was young, extremely photogenic, and very eager to be nice to the media – it’s amazing how far a compliment to a journalist will get you, believe me.

The problem is that being on the list means your restaurant will be full of media types and serious foodies – they’ll sit quietly and photograph every plate and analyse every bite and discuss in reverential tones suitable for such a religious experience (Chefs are gods, didn’t you know?).

Give me a busy family-run trattoria in the Italian countryside any day. Nothing sucks the joy out of a dining experience more effectively than a serious foodie.

Clearly it was an oversight that I was not consulted when it came to compiling this list. Frankly we should do one of our own – the 41 Best Restaurants in the World (that should stop them suing us!).

My nomination goes to Cafe Negrito on Koh Samui. Khun Play does a killer seafood fried rice (I don’t want to know what the secret ingredient is, for fear that it’s MSG), the beer is so cold that the condensation freezes on the outside of the bottle, and the view across the water is lovely.

Admittedly the wiring is more creative than the menu, there’s no wine list (we can fix this) and the roof leaks when it rains, but I’ve never had anything buy a joyful experience there. That makes it the best in my books.