Yes, it has been too long. Oops.

The New Year’s Resolution was to put in a bit more effort at meeting people in our adopted hometown, so the plan is to go to the opening of a paper bag if there’s an invite.

As a result we’ve been doing a lot of standing around at cocktail functions, and noticing just how badly they’re done a lot of the time. So, in no particular order, here’s a list of things to consider for your next function from a (slightly pickled) expert: 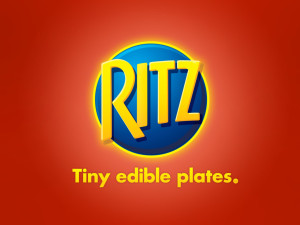 1 Finger food. Notice the name. It implies food that may be eaten using one’s fingers. Anything much bigger than a Ritz cracker is not really going to work. Roast meat is lovely, but not to be served in giant slices at a stand-up cocktail function. If you expect people to balance a glass, a plate, a knife and fork, expect broken crockery and glassware. If you’re doing it at home here’s the world’s simplest recipe: buy roast duck from your nearest Asian restaurant; cut into pieces and place on plain rice crackers; add half a teaspoon of hoi sin sauce and a little spring onion. Viola! Finger food. How difficult is that? 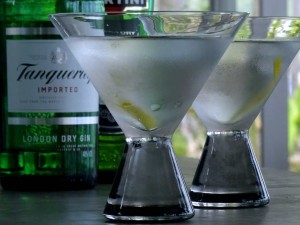 2 Drinks. Okay, while it’s called a cocktail function, usually martinis are sadly absent. (When I say martini I mean gin and a waft of vermouth; anything with more fruit than a twist of lemon is not a martini). Why is it a cocktail function, and why must I wear cocktail attire,  if there are no cocktails? Usually you’ll get wine of both colours and beer. If you’re lucky, one of the three will be palatable. Boozy types – yes, we’ve been to a few Austcham Thailand functions – will inevitably gravitate towards the service area. Set up a couple, otherwise those blokes in suits will have the effect of a black hole on light waves – nothing is going to get out. And here’s a hint: if you put the food and booze service areas in the same place in the venue, it’s going to get crowded there.

3 Venues. These types of functions are bread and butter for hotels, and most event organisers don’t have enough imagination to see past them. There are other options. In Hong Kong recently we went to an event at Umami Concepts, which is pretty-much a large two-room apartment with a big semi-commercial open kitchen. Stand-up cocktail party? Check. Cocktails even. Also cooking classes, events like olive oil tastings, and a decent place to film cooking shows, so I expect it’s rather busy. It’s a great idea in Asia, where space is at a premium, and because it was essentially run by the chef, with one waiter doing the clearing duties. Good thinking.

Now if you’ll pardon me – it’s getting close to the  cocktail hour and I need to suit-up.